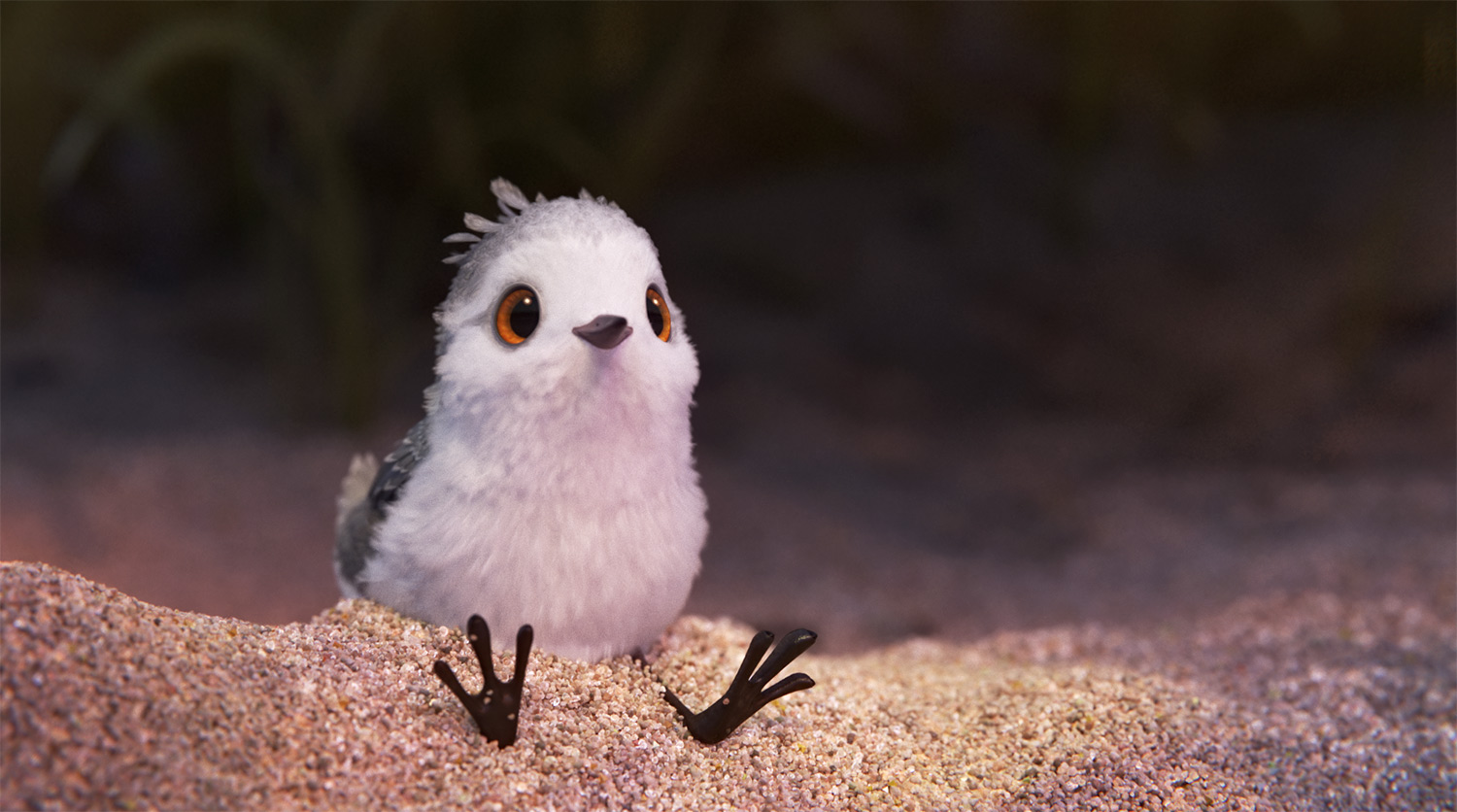 "Piper" tells the story of a hungry sandpiper hatchling who ventures from her nest for the first time to dig for food by the shoreline. The only problem is, the food is buried beneath the sand where scary waves roll up onto the shore.

After watching Sandpipers react to waves and run on the beach, Director Alan Barillaro was inspired to design "Piper’s" main  character  - the young sandpiper who is afraid of the water yet has to venture into it to eat.

The production began as an attempt to craft an animation tool that would help provide additional creative flexibility to the studio’s filmmaking process. Pixar’s software development team created a proof of concept, a short animation test using the sandpiper on a beach. This animation test soon grew into a full-fledged short film.